There’s a lot to unpack in the newly-passed, newly-signed American Rescue Plan bill, beyond the fact that the government is once again sending checks out to American families.  The goal is to help relieve the economic suffering caused by the COVID pandemic in a variety of sectors.  The bill makes unemployment benefits more generous, health insurance more affordable, having children less expensive, and reduces the pandemic’s most damaging effects on low-income homeowners and the homeless, people with student loans, state and local governments and school systems.

Most of the press coverage has focused on the $1,400 checks that are being sent out as you read this.  Not everybody is receiving them.  Only single people with an adjusted gross income of $75,000 or below (households with $150,000 AGI or below) qualify for the full amount, and the amount phases out completely for people with incomes above $80,000 (households with AGIs above $160,000).  The reporting period is the most recent year that people filed taxes; it could be 2019 or 2020.

The new law also extends unemployment benefits (either through the Pandemic Unemployment Assistance program or the Pandemic Emergency Unemployment Compensation program) for an additional 25 weeks, until September 6, and maintains the $300 per week supplemental benefit.  It also makes the first $10,200 of those benefits tax-free for people who report less than $150,000 in income, and the extra $300 federal supplement doesn’t count when calculating eligibility for Medicaid and the Children’s Health Insurance Program.

The healthcare provisions will be a lifesaver for some ex-employees.  Under the government provisions in COBRA, people who are laid off from their jobs are allowed to continue buying health insurance through their former employer, but they pay full-price rather than the subsidized price companies offer to their workers.  The new relief bill would have the government pay the entire COBRA premium from April 1 through September 30, making health insurance much cheaper for those laid off than those who are still working.  (This generous subsidy is not available for persons who left their job voluntarily.)  Finally, the law imposes a cost cap on health insurance policies purchased through a government exchange; the premiums could not exceed 8.5% of a person’s adjusted gross income, which will benefit low-wage workers.

Families with children will receive additional benefits—but only families whose income qualifies them for the $1,400 checks.  The bill raises the child tax credit from $2,000 to $3,000 ($3,600 for children ages 5 and under), and it raises the age limit for qualifying children to 17, from 16 previously.  These amounts could be received as a tax refund even for people whose tax bill is zero; that is, who don’t have reportable income to offset.  Families with incomes between $150,000 and $170,000 would receive the same $2,000 tax benefit as before, and that benefit phases out for married filers with incomes over $400,000 (singles above $200,000).

A bigger set-aside for families with children is a monthly child allowance—that is, monthly checks from the government—of $300 for each child under the age of 6, and $250 for each child between the ages of 6 and 17.

The bill sets aside $27 billion for financial assistance to people for individuals whose household income does not exceed 80% of the area median income, to offset rent, utilities and other housing expenses.  $10 billion is set aside to help homeowners struggling to make mortgage payments, and $5 billion is allocated to help the homeless.

Finally, if the Biden Administration decides to cancel student loan debt (which is not a given), the Act specifies that the borrowers wouldn’t have to pay any income taxes on the forgiven debt.

You can see from the chart, with figures compiled by the nonpartisan Congressional Budget Office, that there is also money set aside to keep restaurants and bars afloat, money to help schools better control the risk of infection so they can reopen, and $350 billion going to state and local governments to prevent layoffs and allow them to continue providing essential services.

The bill is being called a stimulus measure, but it might be better characterized as disaster relief.  A graph prepared by the Congressional Budget Office (shown here) makes it clear that the U.S. economy was on a path to never quite recover from the COVID recession before this legislation passed.  With the legislation, the best estimate is that the economy might fully recover as early as the 4th quarter of this year. 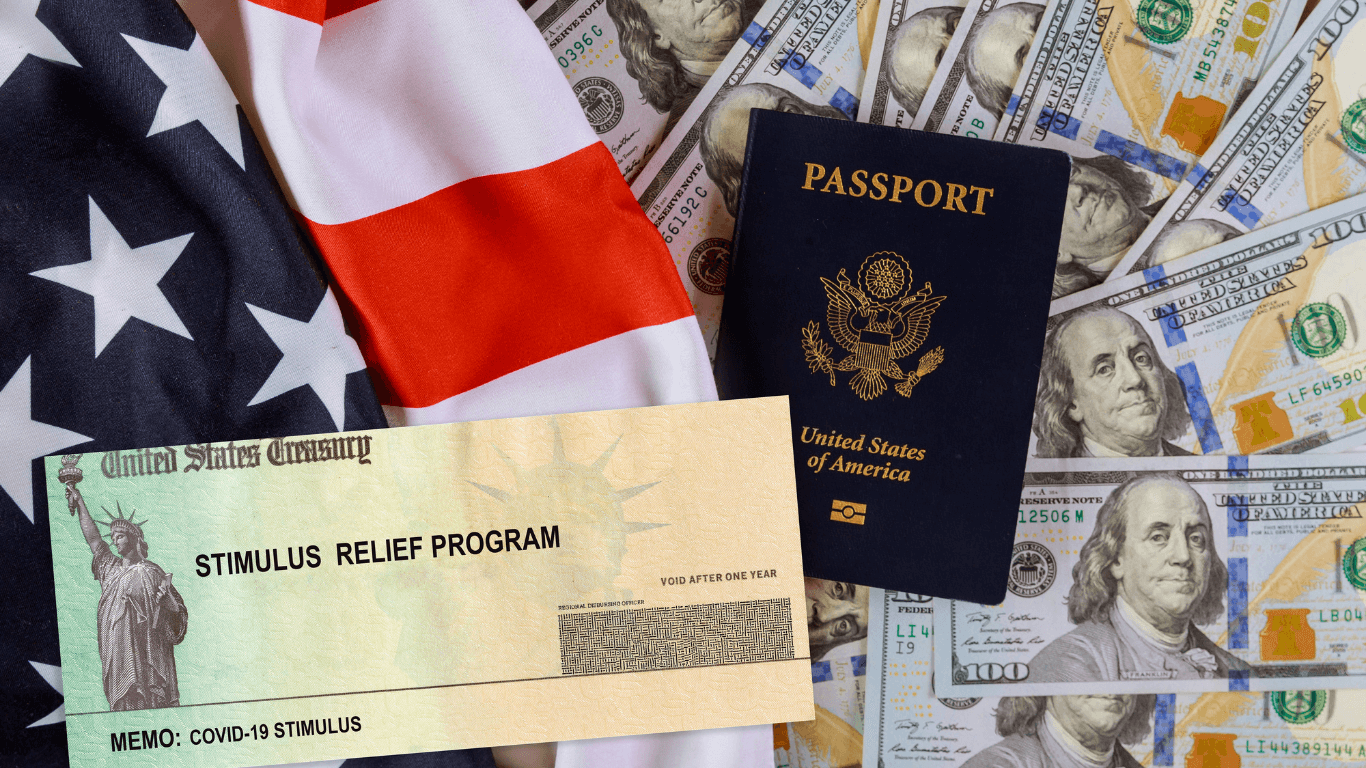