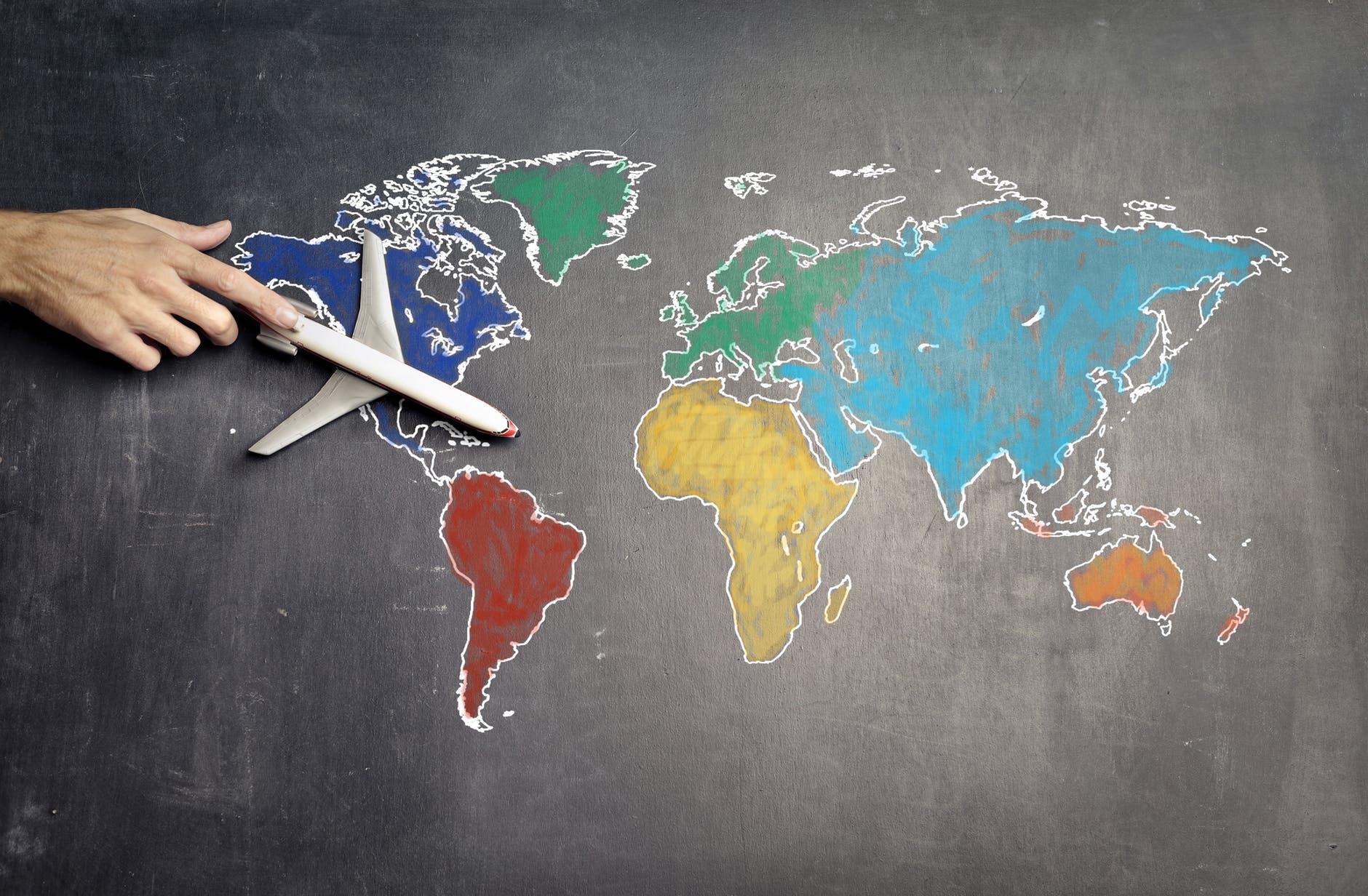 We hope you enjoy!
Oops! Something went wrong while submitting the form.

Hosted by
This is some text inside of a div block.
Ashley works with clients to bring strategy, structure, clarity and confidence to their global financial lives and keep it that way. ​In 2013, Ashley founded Arete Wealth Strategists, a fee-only financial planning and investment management firm for Australian/American expatriates.
June 9, 2022

If you are an American living in Australia, or even an Australian expatriate who has returned to Australia—you may find your globe-trotting lifestyle comes with some extra financial challenges.

As a returning Aussie expat, or US citizen retiring in Australia, you need to consider how your taxes, Social Security, retirement, estate planning, and other financial matters will be impacted.

By gaining a solid understanding of the financial issues that may arise, you can make informed decisions about your money and achieve financial peace of mind. Keep reading for some of the top financial considerations for Americans living in Australia.

Australia practices legal residency-based taxation. This means that you are only considered a tax resident of Australia if you pass one of the four residency tests:

The US practices citizenship-based taxation. If you are an American citizen, you are always a US tax resident—even if you live in Australia or are abroad elsewhere.

If you are an American citizen who also has Australian residency—you will be a tax resident for both countries. In essence, US expats will always have tax reporting obligations to the United States, no matter where they reside. Fortunately, due to a combination of foreign tax credits, the foreign earned income exclusion and the U.S./Australia double income tax treaty, there are few circumstances where a U.S. person in Australia would be double taxed. Typically however, you will need to pay the higher of the two tax obligations, and generally, Australia will have higher federal tax obligations.

A Passive Foreign Investment Corporation (PFIC) is a foreign (non-US) corporation in which passive income (dividends, interest, and capital gains) comprises more than 75% of the corporation's total gross income, or more than 50% of the assets held by the fund produce passive income. As a result, practically all foreign mutual funds, ETFs, money market funds, listed investment companies and real estate funds held outside of retirement accounts are PFICs.

There is some uncertainty as to whether the investments held within certain foreign retirement accounts are to be taxed as PFICs.

Annual Tax Filings for US Expats in Australia

As a US expatriate in Australia, you will be required to file several tax forms. While your individual situation will determine which specific forms you will need to file, there are a few common ones:

US Taxes on Foreign Earned Income

If American expats wish to avoid double taxation, they will need to understand how the Foreign Earned Income Exclusion (FEIE) and the Foreign Tax Credit work.

FEIE dictates that US citizens can exclude up to $112,000 USD (2022)  in foreign earnings from income tax. This can significantly help reduce or eliminate US taxes on foreign earned income. For anything earned above the maximum, you would be eligible to use a Foreign Tax Credit to avoid double taxation.

The Foreign Tax Credit (FTC) is a United States tax credit that is intended to help offset income tax that has been paid abroad. US citizens and residents who earn income abroad and have paid foreign taxes may qualify for this credit. The FTC may be carried forward up to 10 years, so any returning Americans could use the accrued credit to offset future federal income tax.

A Passive Foreign Investment Corporation (PFIC) is a foreign (non-US) corporation in which passive income (dividends, interest, and capital gains) comprises more than 75% of the corporation's total gross income.

Banking and Investment Considerations for US Persons in Australia

Both Americans moving to Australia and US-based returning Australians should be aware of the potential banking and investment implications.

Due to US tax compliance requirements, American banks may not offer certain banking products and services to customers who reside outside of the United States. This means that you might not be able to open a US-based checking or savings account, get a US credit card, or invest in certain US-based securities. You may even be forced to close the account.

The following regulations that have been put in place by the US government may impact your ability to bank and invest as an American living in Australia:

How Banking and Investing May Be Impacted for Expat Americans

While these requirements have been in place for many years, they are becoming more stringently enforced due to increased compliance costs for banks and other financial institutions. These rules impact bank accounts, retirement accounts, such as IRAs and 401(k)s, and brokerage accounts in the US.

Thus, being a non-resident account holder can lead to:

The type of service restrictions will vary by the firm you are using. Some of the firms that participate in these restrictions include:

This list is not exhaustive, and many other institutions have these restrictions.

Understandably, these banking and investment challenges can be daunting for American citizens and other US persons living in Australia. Americans will need to find a banking partner that can meet their cash and lending needs outside of the United States. This banking partner must be comfortable knowing their client is located in Australia and will not close your account because you are a US expatriate.

However you may still face some restrictions. For instance, US expats should be aware that US securities law requires that mutual funds can only be sold in countries where they are also marketed. This has led to a situation where only certain funds are available to those located in Australia. Thus, even if you do work with a brokerage firm that works with Americans abroad, you may not be able to invest in certain US-based mutual funds.

There is no specific US law that clearly states how superannuation accounts are treated by the IRS. Most CPAs agree that Australian superannuation is not afforded the same tax concessions available to qualified US retirement accounts.

Tax treatment is typically determined by the following formula:

When it’s time to withdraw from your US retirement accounts, such as 401(k)s and IRAs, US persons living in Australia face additional tax complications.

With American retirement account distributions, you typically have to choose between two approaches:

Another consideration that American expats in Australia need to take into account is social security.

What if you only worked in the US for 5 years before moving to Australia? The good news is you can qualify even if you've split your career between the US and Australia, and even potentially other countries.

The US and Australia have established what is called a totalization agreement. This means that if you have worked in both countries, you can combine your work credits from each country to determine whether you are eligible for Social Security benefits.

Foreign Exchange Considerations for US Persons in Australia

Another consideration for Americans living in Australia pertains to foreign exchange conversion rates. An inefficient rate can easily eat into savings, especially when converting large sums of money.

You could be losing out on thousands of dollars when you exchange your currency, so it's important to be diligent and opt for the most efficient rate. It's also important to remember that currency rates are constantly changing, so what might be a good rate today, could be completely different tomorrow

American expatriates would be well advised to have a systematic foreign exchange strategy in place. This could look like converting on a consistent basis, such as every quarter. Or one may opt for a strategy of converting a larger amount when a rate looks favorable. You may want to consider working with your financial advisor to come up with the best solution for you.

For global assets above $12,060,000, a 40% estate tax is imposed by the US federal government. The Australia/U.S. Estate tax treaty however extends the U.S. exemption rate to Australian ‘Non-Resident Aliens’ of the U.S.

Some, but not all states have additional taxation requirements surrounding estates. Some have an estate tax, some have an inheritance tax, and some levy both taxes.

As of 2022, the following states have either estate tax, inheritance tax, or both:

US expats who have residency ties to any of these states must consider their long-term estate planning needs if they move abroad. You may wish to consult with a tax professional to see if you will have any future estate or inheritance tax consequences.

Americans who have lived and worked abroad for many years might eventually decide to make their move permanent, and relinquish their US citizenship. Americans considering renouncing their citizenship must be aware of the US expatriation tax.

The Heroes Earnings Assistance and Relief Tax Act of 2008 (HEART Act) may require certain ‘covered expatriates’ to pay an exit tax. If you meet the requirement for a covered expatriate, you'll need to file a Form 8854 with your final US tax return.

American expats living in Australia and returning Australians have a lot to think about when it comes to their finances. From annual tax filing to retirement strategies, your unique circumstances require specialized financial planning.

Our firm specializes in helping American and Australian expatriates bring strategy, structure, clarity and compliance to their global financial affairs. We know the complexities that come with cross-border financial planning and are here to support you every step of the way. Visit our website to learn more about how we can help you.

Main
Categories
Choose a category
Top Webinars
Will I Get Social Security as a Returned Aussie? 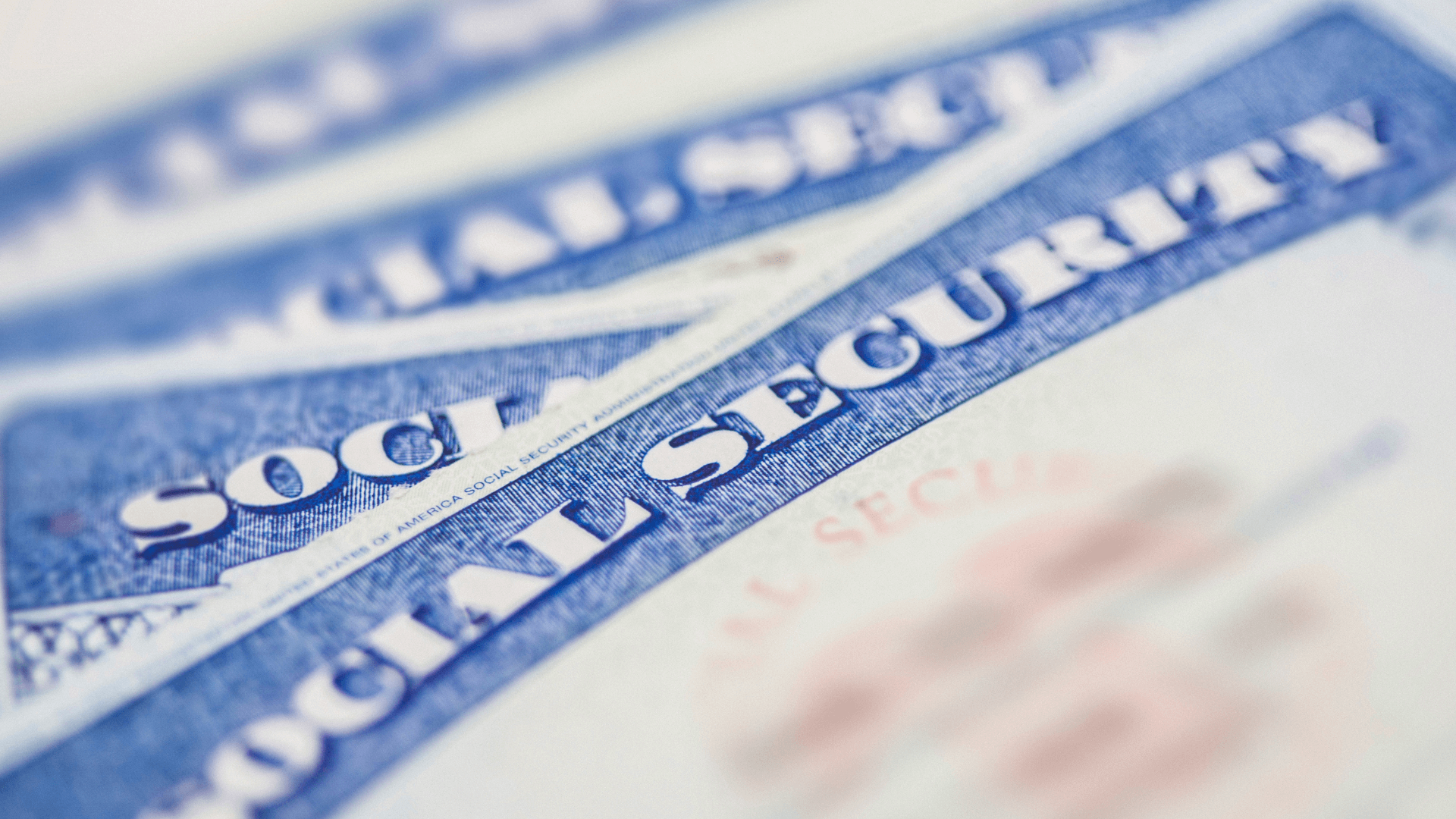 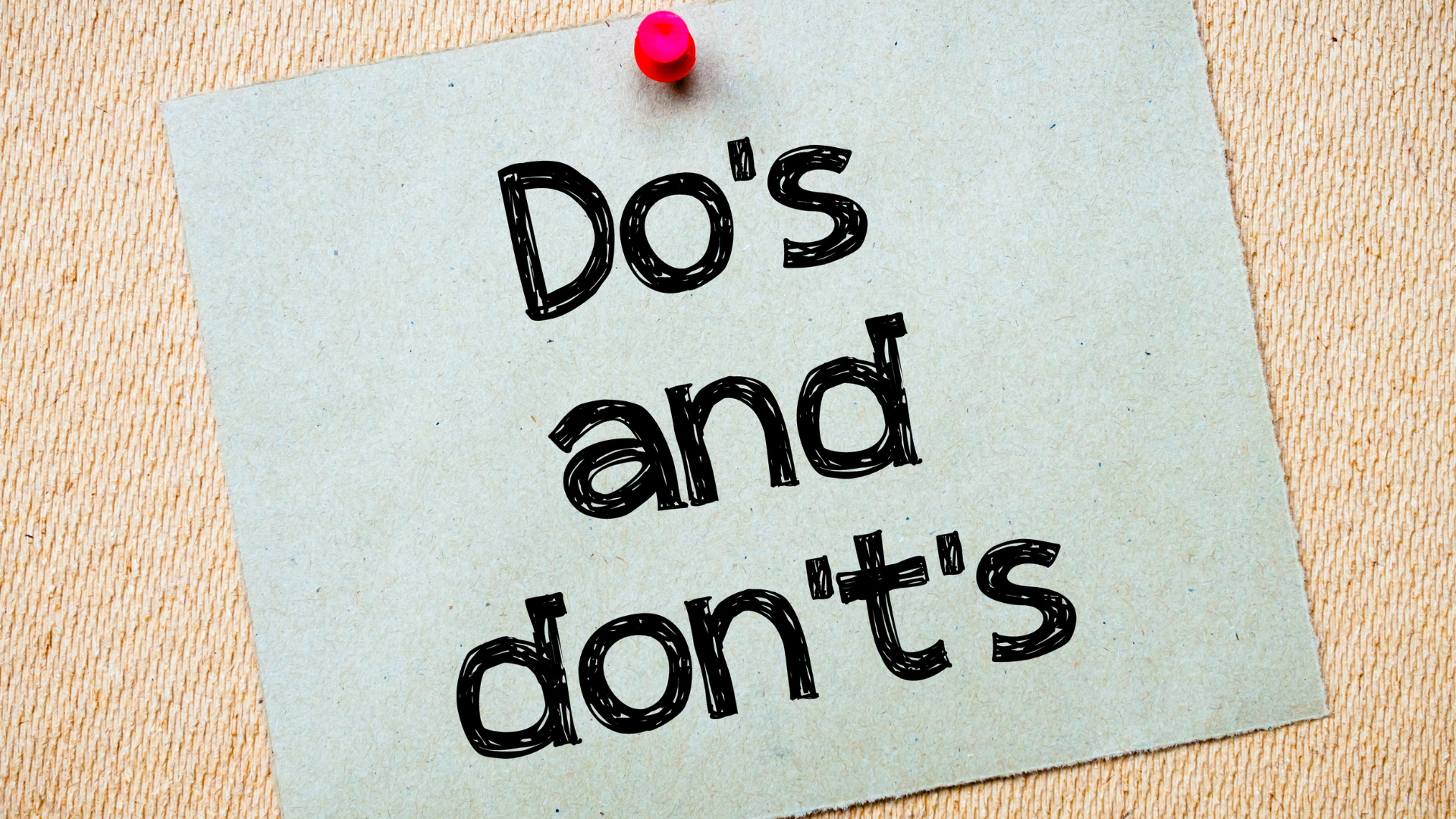 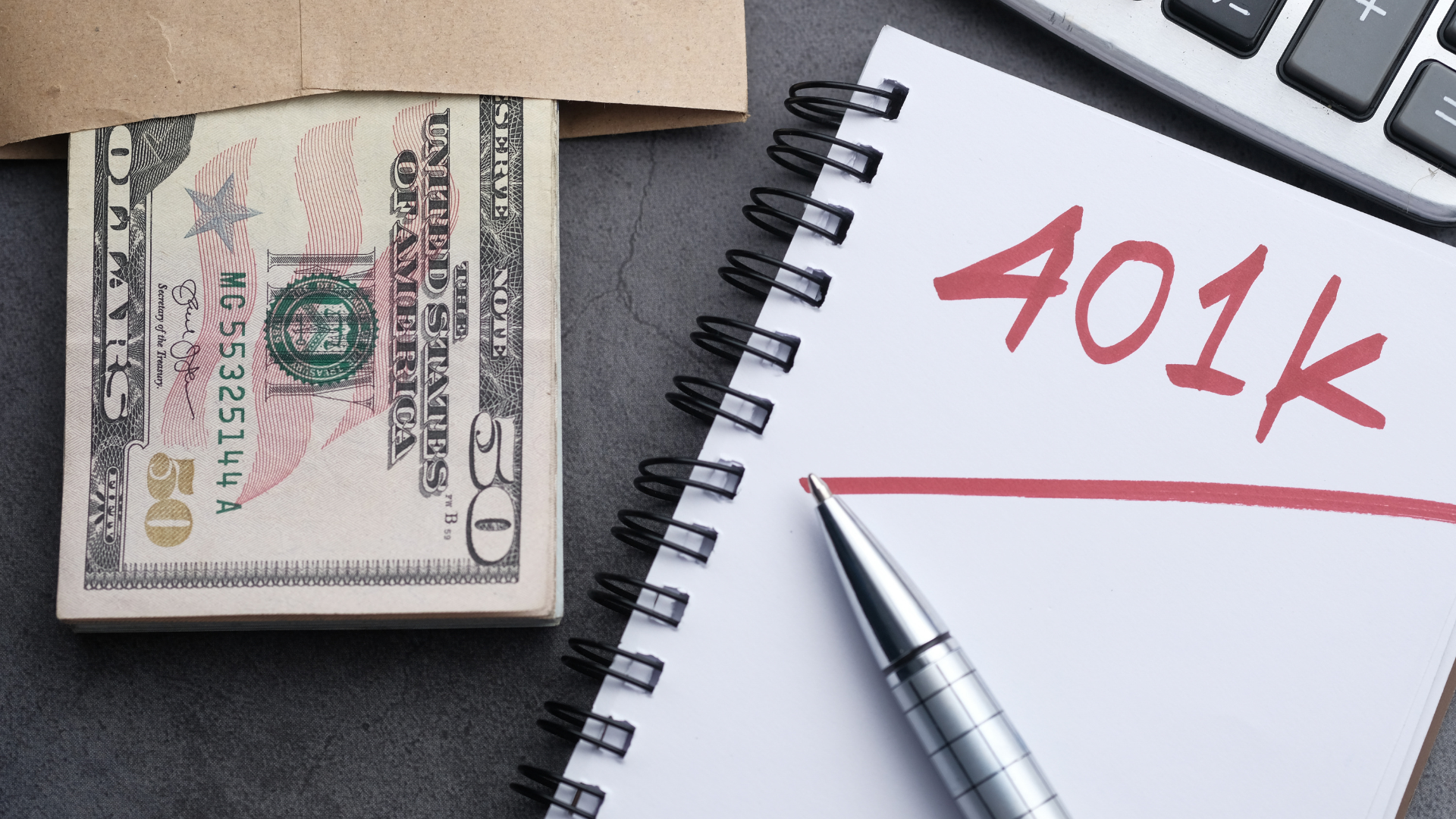 August 22, 2022
Top Financial Dos and Don'ts for Americans Living in or Moving to Australia

August 22, 2022
How to Move Your U.S. Retirement Accounts to Australia

June 23, 2022
Top Financial Issues for Australians Living and Retiring in the United States
Join our Newsletter for Financial News and insights
Thank you! Your submission has been received!
Oops! Something went wrong while submitting the form.